We, The Highland West Civic Association, have issued a statement of solidarity against racism in all its forms and in support of the declaration of racism as a public health crisis. We unequivocally condemn the recent murders of George Floyd, Breonna Taylor, Ahmaud Arbery, Tyre King, Henry Green, Julius Tate and the many black lives taken by police.  Further, we also do not support the use of excessive force in the arrest of individuals, as most recently in the case of Jacob Blake, Jr., nor on peaceful protesters. We do not condone violence of any kind, on any side of an issue or dispute.

While it is the duty of any association and any person in any neighborhood to stand against these injustices, we find it especially imperative in ours with an indigenous African American population that has been present since the late 1800s.  In some of our census tracts, people of color constitute the majority of residents – all of whom are our friends and neighbors.

The westside of Columbus has a long unfortunate history of endemic and systemic racism from the beginning, with large parts of it being a home to well-to-do white lawyers, politicians, doctors, and the like.  During the 1920s and 1930s, many of these well-to-do white residents moved west into the white-only Broadview and Westgate neighborhoods. During this time and beyond, the area began to be divided by de-facto segregation, with one or two white areas making all the decisions for the rest. Even today, there remains a stark divide between westside neighborhoods that mirrors the de-facto and redlined racial divides established many years ago.

This is especially highlighted by the continued presence of racist symbols, namely the Confederate Mural at Westgate Park that was opposed by many in our communities of color by both blacks and whites alike and the confederate monument that stands about three blocks away in the Camp Chase Cemetery where confederate soldiers who died at the Northern Camp Chase POW camp are buried. Annually, a memorial service continues to be held for these soldiers at the cemetery by the Sons of Confederate Veterans on the weekend of Jefferson Davis’ birthday where confederate rebel flags are trouped and placed on each grave site. This, and many other factors, perpetuate the narrative of racism in our area, if not stand in testimony to it.  It is time these symbols are removed and these actions cease.

City housing policies also perpetuate this racism not only in our westside neighborhoods, but neighborhoods throughout other parts of the city as well. By displacing thousands of public housing tenants, homeowners, and renters, as part of the gentrification of neighborhoods in the city center, they have overconcentrated poverty in select areas, particularly on the hilltop, causing even more misery, higher rates of infant mortality, and hosting an environment for crime to easily move in and take over, creating a dangerous neighborhood for everyone, especially the poor, the disenfranchised, and people of color.

Incentive policies created by city development have assisted in the disparate treatment of various neighborhoods.  Through their use of tax abatements for wealthy white developers and their excessive campaign contributions, the City, in partnership with The Columbus Metropolitan Housing Authority, have disproportionately pushed people of color and low-income people out of their neighborhoods into high crime neighborhoods in order to make room for white, affluent people who reap the rewards of improved services.

As a direct result of disparate treatment between city neighborhoods, especially in the creation of T.I.F. Districts in well-to-do areas, we increasingly see a lack of parity in services in these newly-created low-income neighborhoods, while across the invisible divide affluent communities have proper roads, sidewalks, recreation centers and well-maintained usable parks, schools, and much more.  This is enhanced by an “At Large” governing system initiated in the south after the Civil War, enabling only people with money to occupy seats on City Council, stifling the ability of underserved areas to be a part of the conversation in a meaningful way that would bring about change and long recognized by civil rights organizations as unlawfully suppressing the minority vote.  The same system is used by our local entity, the Greater Hilltop Area Commission, which through a pattern of exclusion, has allowed one or two neighborhoods to have exclusive control of it for many decades.

In accordance with this statement of solidarity, the Highland West Civic Association supports the following actions:

Community-wide bias training for race, also on gender identification, sexual orientation, faith, and economic status
Making the boards of organizations look more like the people they serve
Removal of all confederate statues that are currently present on the westside and the complete cessation of any use of the Confederate rebel flag and other Confederate symbols
The inclusion of “Black History” whenever there is a presentation on westside or hilltop history
To create events that foster discussion allowing all voices to be heard, creating a welcoming environment for all

The Highland West Civic Association imagines a future for Highland West that is inclusive of everyone moving forward together, no matter skin color, culture, religion, or ethnicity, together making the decisions that affect our community.   We believe in a diverse, equitable and inclusive Highland West community and a city government, along with all its entities, that works for all people and all parts of our city. 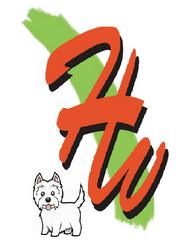